By Darren Boyle for MailOnline

This is the rib-tickling moment Miska the husky dog could not get to grips with a glass patio door of his home in Santa Fe, New Mexico.

The large dog, apparently baffled by the glass, attempted to bite the glazed door but was unable to find any purchase on the smooth surface.

Apparently defeated, Miska then tried to lick the door instead as his unidentified owner filmed the resulting bizarre expressions as the dog bared its teeth.

It is also believed that dogs like the cool sensation from the glass.

Huskies are renowned as very active dogs and need plenty of exercise – with experts suggesting a minimum of two hours a day. 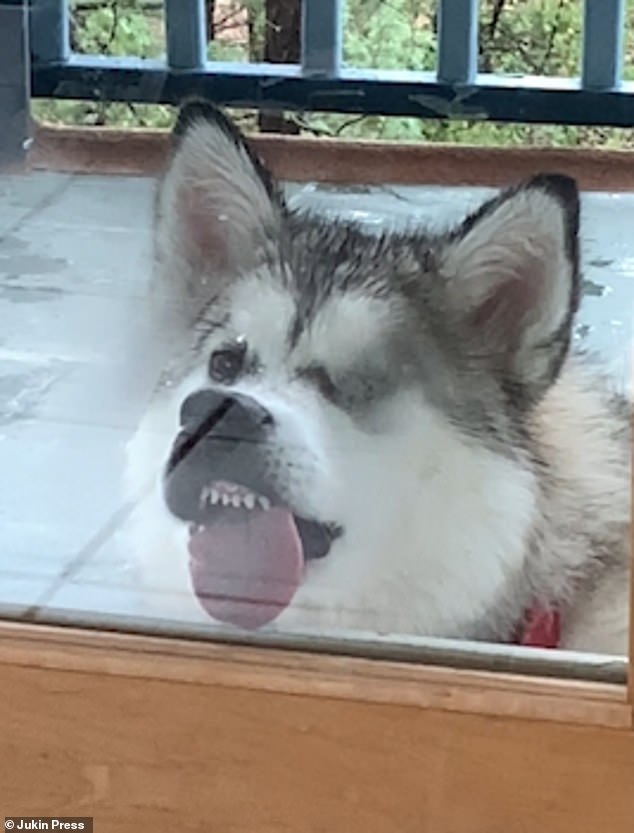 Miska the husky dog bared his teeth while standing outside the patio door of his home in Santa Fe, New Mexico 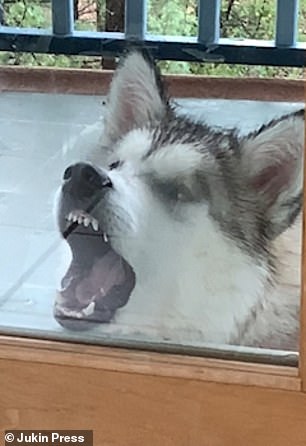 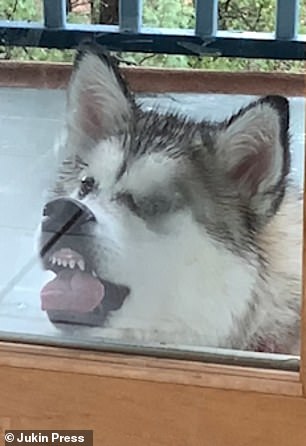 It attempted to bite the glazed door but was unable to find any purchase or leverage on the smooth surface. It is believed that some dogs lick glass windows to relieve stress

Failure to properly exercise a husky could lead to a bored dog who might cause damage to a house.

Also, because of they have such long hair, they require a considerable amount of grooming.

They are also happiest when with other dogs.